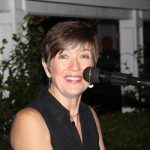 Lindy Gravelle is a singer-songwriter-pianist who began her musical career in Tillamook, Oregon at the “ripe” age of three, singing and “playing” the ukulele in the Leonnig Family Band with her father, her two sisters and two brothers.

Upon graduation, Lindy decided to leave the Northwest in pursuit of her musical career. In the early 1980’s she was living in the San Francisco Bay Area, performing with her Red Dog Band and opening concerts for various stars, including Michael Martin Murphy, Commander Cody and Hank Williams, Jr.  In 1985 she moved to Nashville where she was gainfully employed as a singer, songwriter and performer for 15 years. While there she wrote A Bottle of Wine and Patsy Cline which was recorded by Marsha Thornton on MCA Records and reached the Billboard Magazine Country Top 40 chart. Another of her songs, Exit 99, was featured on Lorrie Morgan’s RCA Records’ gold-selling album Warpaint.

Lindy is once again performing in and around Central Oregon and delighting her fan/friendz in the process. She currently has 9 albums in her discography that she offers from her website and at her live performances. Always aiming to please her audiences, Lindy Gravelle is a pleasure to see, hear and enjoy! 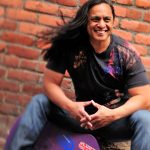 Bill Keale was born on Oahu and raised near the shores of Kailua Bay.  It is here that he began to discover music and writing.

From his early introduction into Hawaiian Slack Key Guitar, Pop, Folk, Healing and Easy Listening profile, Bill Keale’s acoustic and organic musical style becomes evident in its diversity.  Bill has achieved both the “Best of Central Oregon” Singer/Songwriter and “Best Local Musician” Awards. He has appeared on the “Oregon Art Beat” program as a featured artist. Bill’s talent is undeniable. With his unmistakable voice and healing presence his music is a celebration of the spirit…pure music…all heart.

In collaboration with the local community and generous sponsors, Bill and a handful of extraordinary people have helped to organize an event that benefits special needs children and their families in Central Oregon.  The Bill Keale Foundation was awarded The High Desert Education Service District Award for 10 years of service in supporting the special needs children of Central Oregon. 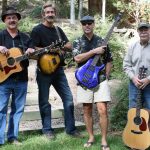 Bittercreek band members, Jack Badley, Kevin McCarty, Ron Rupprecht, and Mike Gwinup got together after meeting at a local Bend jam session.  They have been playing the music they love and have been entertaining folks with the songs we all know by heart for the past 10 years.  4 part vocal harmonies,  2 guitars, bass, and ukulele, gives a unique spin to Bittercreek’s  roots  sound.   “We are like the Golden Retrievers of music,” said the band members, “we just want to play.” 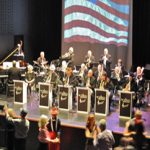 The Notables Swing Band brings back the “golden oldies” from the Big Band era when swing ruled the dance floors. Formed in 2010, we play to renew the memories of this great music with full sounds and infectious rhythms. We play for those who used to dance to swing as well as for completely new generations. Our events are fun for all!

The Notables Swing Band is led by Marvin Thomas on trumpet, supported by 17 members who love playing the classic swing music popularized by musicians such as Glenn Miller, Duke Ellington and Count Basie. Sets include music fast and slow: Waltzes, Rock ‘n Roll, Latin rhythms and popular contemporary songs. Check out the “Listen” page for samples of our music and a typical playlist. Contact us for your next event! All performance fees are donated toward helping school music programs in Central Oregon.

The Notables Swing Band recently brought Betty Berger out of retirement to sing with the band. Betty led her own band for over 15 years, playing twice monthly at the River House here in Bend. Before that she had a 40 year career singing with bands in Southern California. Her vocals, backed by the 17 piece Notables Swing Band, really do take you back to the days when big bands with singers such as Doris Day, Peggy Lee, Helen Forrest and Ella Fitzgerald ruled the airwaves. We are sure you will appreciate what a great addition Betty Berger is to the band.

Learn more about the Notables Swing Band on their website – www.notablesswingband.com